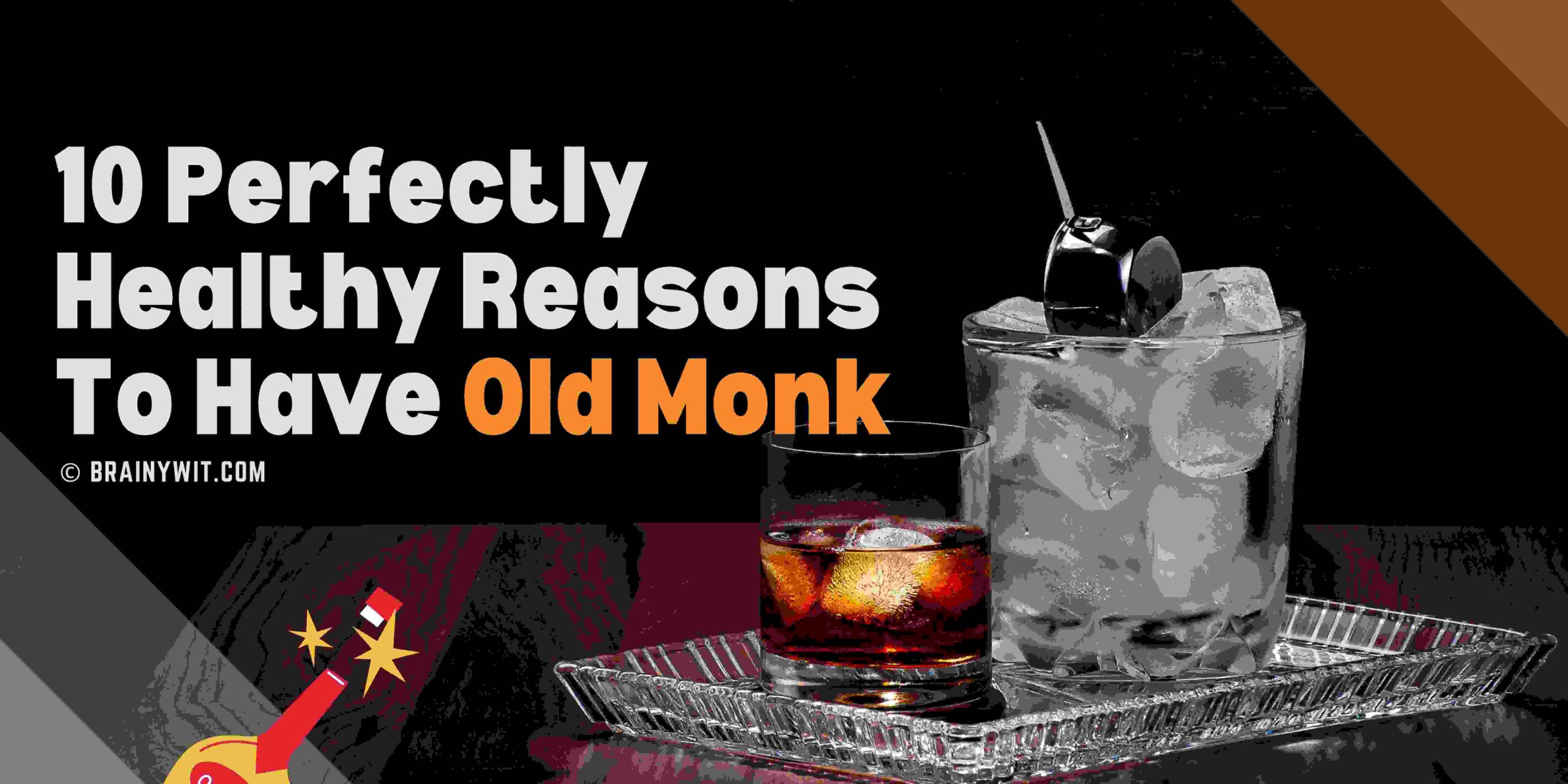 What is the first thing which comes to your mind when you hear Old Monk?

Does it remind you of winters? or do you suddenly start picturing the face of the Happy Old Monk “(buddha sadhu)” who seems to be always Happy somehow?

Some say, Rum and Coke, while for others just the thought of Happiness comes to mind? Now, this makes us curious about which side do you pick. What’s your favorite thing about The OLD MONK? Comment below.

It is smooth in texture and rich in flavor, making it one of the best spirits for the winter season. When you have a cold or cough, this delicious and sweet drink is all you need.

This Rum has millions of devoted (bordering on fanatical) fans who would gladly trade a bottle of superb single malt for a sip of sweet Old Monk.

Old Monk Rum among a majority of such beverages is an underappreciated drink and an unsung hero. It is manufactured from sugar cane juice or molasses, a by-product of the sugar cane industry.

This Gem of a Drink is manufactured by Mohan Meakin, a huge corporation that began as Asia’s first brewery, founded in 1855 by Edward Dyer in Kasauli, and was earlier known as Dyer Breweries.

When consumed with feelings and in moderation, you will not only enjoy the beverage but you will also reap some health benefits.

Let’s check out what is there in this magical potion that makes it an amazing golden drink. Here are some old monk rum benefits:

Be it the toughest cough, a nasty cold, mild fever, or a runny nose. You know the answer. Parents even give a few drops to their children during cold winters night. We certainly can vouch for that. Then, there is the good old Brandy too, but today is for “RUMDev“.

This beverage somehow brings the best out of you; some say it’s a proven phenomenon while for others the research still goes on. That’s something to discuss someday over a peg of Rum. Cheers!!

Never drink too much or else the rum would turn your smile upside down.

A perfect recipe for newbies. The sweet taste of this borderline delicious rum makes it an instant Showstopper at parties, suddenly everyone wants a “Rum n Coke.”. It is made for even the faintest of hearts.

6. The Mender of Souls

From a broken heart to a broken soul. “Old Monk Rum Bhula De Sare Gam”. This Rum heals all. We just have one question in the name of Jimi Hendrix – Are you Experienced?

Another reason to have Rum is that it cures a cold in the deadliest of winters, can thin your blood, and perhaps help you fight peripheral artery disease.

It can even help you avoid heart attacks if you consume it in moderation. What we want to say is that (This Rum is the Arya Stark of All Drinks, sweet and little but packs a big punch)

One Sip of this rejuvenating drink and you feel the relief to the bones. We highly recommend sore muscles.

Old Monk enthusiasts have a firm belief that this magical drink is not only is capable of killing outside germs but also inner ones too. Some even say that why to buy Dettol or Savlon when you have this Rum with dual capabilities.

Science however didn’t even turn its face towards this argument. But Hey, whatever works for You.

Is Old Monk good for health?

Definitely, but only if consumed in moderation.

Happiness and Contentment. However, like any other such beverage if you abuse it you might have to combat nausea, vomiting, gas, or diarrhea.

This Iconic drink is a vatted Indian black rum that was first released in 1954. It has a 42.8 V/V percent alcohol level which is the regulated amount in India.

What are Old Monk ingredients?

This beverage is made from sugarcane byproducts such as molasses, and it can even be made from sugarcane juice by fermentation and distillation. It is then aged in oak barrels (with char) to give it the smoky flavor and aroma that we all enjoy. It also has a prominent vanilla flavor.

What are the benefits of rum with hot water?

Some Old Monk Quotes and Slogans

1. Old Monk is an emotion

How to Have Old Monk Rum?

Old Monk in itself is a delicious concoction, it also goes well with coke and warm water.

Bonus Tip – Spice it up. This rum in hot water with some earthy spices (clove, cinnamon & lemongrass). Viola!!! You’ve Unlocked a New Level. Thanks, to us later in the Comments Below.