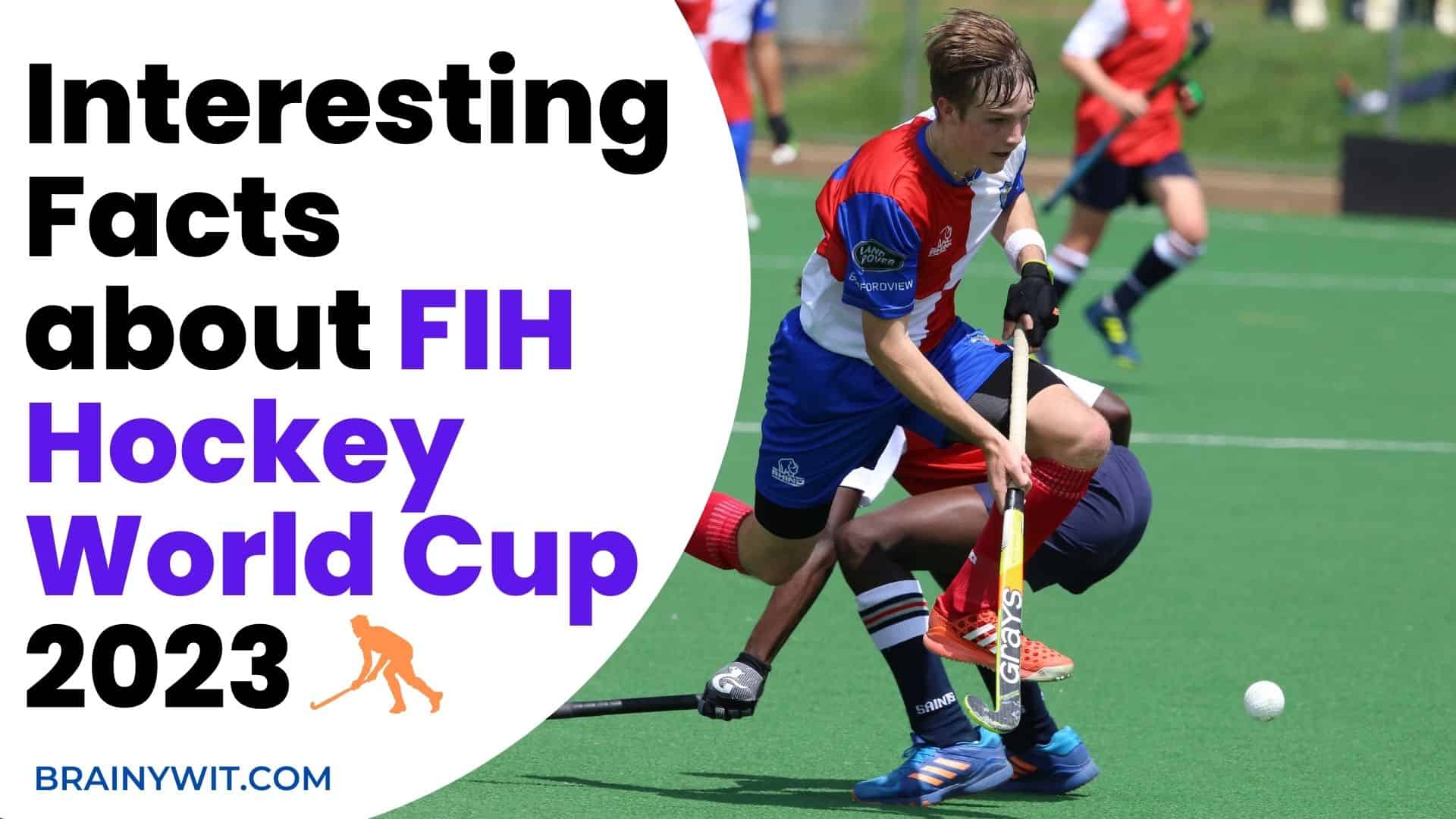 Recurring every four years, the 15th edition of the Men’s FIH (Fédération Internationale de Hockey) Hockey World Cup will take place in 2023. Let’s take a look at the Top 10 Interesting Facts about the upcoming event.

Hockey India president Mohammad Mushtaque Ahmad also expressed his delight at the FIH’s announcement. “We are all very delighted to have won the bid to host the 2023 Men’s Hockey World Cup”.

When we had made the bid, we wanted to give our country another reason to celebrate 75 years of independence, adding to that the fact that our last win was registered in 1975. And what better way to celebrate than to witness a pinnacle global event of our national sport on our soil,” he said in a statement released by Hockey India.

3. Odisha will host the 2023 FIH Men’s Hockey World Cup at Bhubaneswar and Rourkela. This is the second time in a row Odisha would be hosting this major sporting event. The 14th edition of the FIH Hockey World Cup, as held from 28 November to 16 December 2018, at the Kalinga Stadium in Bhubaneswar.

5. Qualification Process – The FIH also revealed the 2023 World Cup qualification process. The following is how the teams can make it to the big event:

6. FIH (Fédération Internationale de Hockey) received 3 final bids to host the Men’s Hockey World Cup in 2022. India bagged the honor among Belgium and Malaysia who were the other two bidders. Germany and Spain were also in the bid race but withdrew afterward.

7. Birsa Munda International Hockey Stadium in Rourkela would become India’s largest hockey stadium. The stadium will be built on 15 acres of land on the Biju Patnaik University of Technology campus and would have a Spectator Capacity of 20,000 people.

Odisha Chief Minister Naveen Patnaik made this announcement over a video message that said, “As we have announced earlier, Odisha will once again be the proud host of the prestigious men’s hockey World Cup in 2023.”

The stadium will be equipped with all modern conveniences and would provide a one-of-a-kind experience. As a mark of respect for Sundargarh’s (Rourkela comes under Sundargarh district) contribution to Indian hockey producing players Dilip Tirkey and Sunita Lakra, work on developing synthetic hockey turf in each of Sundargarh district’s 17 blocks has already begun.

Tushar Kanti Behera, Odisha’s Sports Minister, was in attendance, as was Gyanendro Ningombam, President of Hockey India, and Padma Shri Dr. Dilip Tirkey, Chairman of the Odisha Hockey Promotion Council. At the ceremony, the Indian Men’s Hockey Team and the German Men’s Hockey Team, who are both based in Bhubaneswar for their FIH Hockey Pro League matches, posed for group photos.

9. The FIH appointed 18 umpires for this tournament – Rawi Anbananthan (MAS)

Following are the countries that have had the privilege of lifting the FIH Men’s Hockey World Cup.