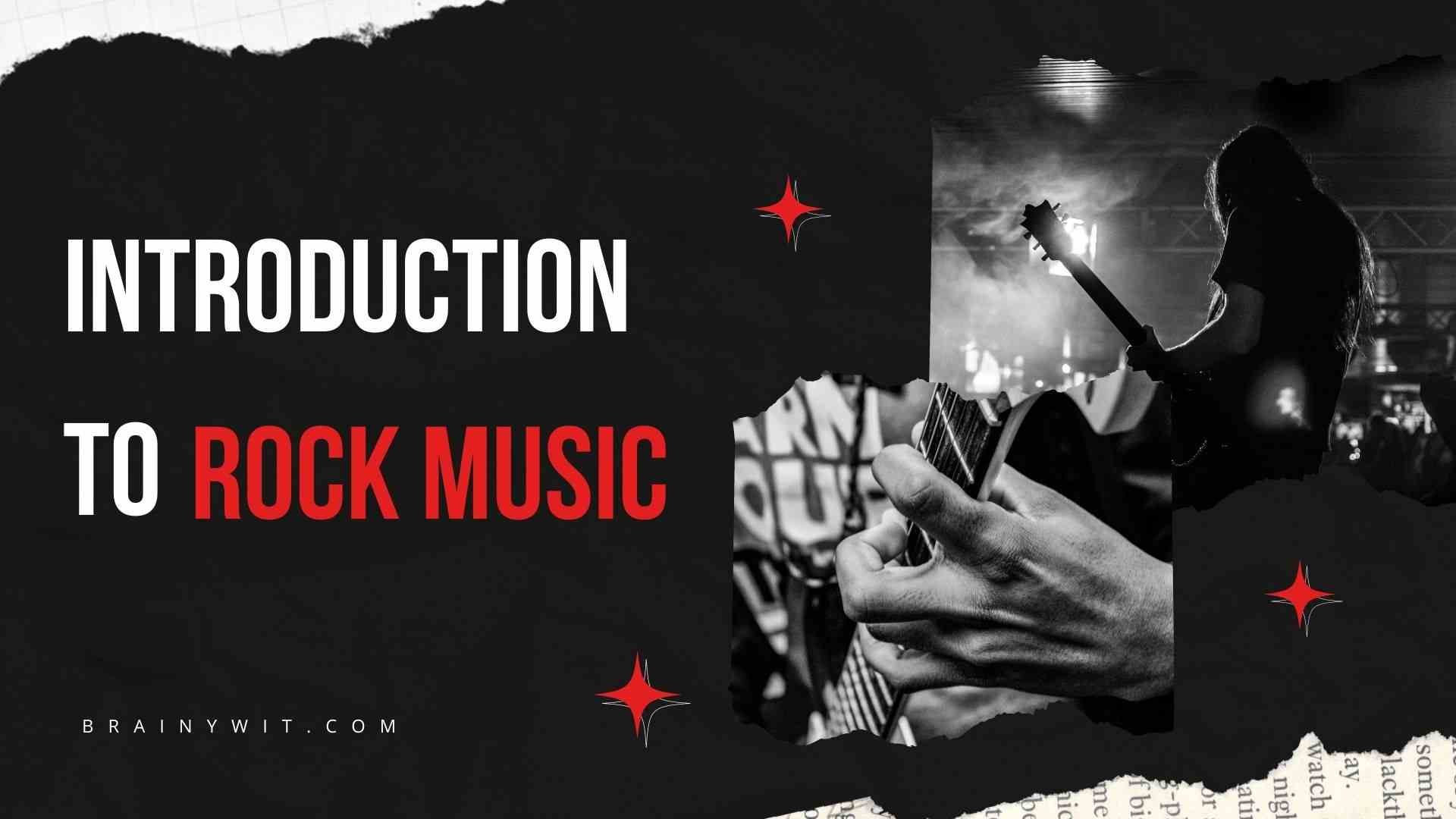 Before we get to know the Gods, let’s discover how the Heaven looks like.

Rock music is an extensive genre of popular music that began as “rock and roll” in the late 1940s and early 1950s and evolved into a variety of diverse styles, mainly in the United States and the United Kingdom. Although the different types of rock music or genres are derived from the rock genre, the sub genres of rock music have a distinct flavor to them.

One typical debate that every music fan has had and will continue to have as long as the spirit of rock reigns supreme is, who is the best guitarist of all time?

You might find different opinions on this topic, and there are comprehensive lists of Top guitarists across the web. However, we believe it’s an argument about taste, a knack for a particular technique, and personal preferences that add up to form an opinion.

But first, let’s dive deep into the abyss called Rock.

What is Rock or Rock and Roll Music?

What is Rock Music? What are the different rock genres?

The history of rock music is a comprehensive one but it’s hard to pinpoint out the early characteristics of rock and roll music. Different historians and musicians have had a debate about which music band started Rock and Roll. Let us know who you think was the first Rock band according to you.

Many people find it difficult to understand the Real Rock and Roll music meaning and associate it with a genre that is heavy and loud. Some subgenres of rock music do tend to be heavier with screeching vocals but we also have melodic characteristics of rock and roll music.

Rock ‘n’ roll or simply put as Rock is a popular music genre that incorporates elements of rhythm and blues (R&B), jazz, country music, and electric instruments. Originally connected with young rebellion and transgression, the genre is recognized for its dynamic performances, captivating tunes, and frequently thought-provoking lyrics.

Characteristics of Rock and Roll Music

Rock music is immensely varied, with varying features across its numerous subgenres, however, there are a few recurring elements.

When compared to older forms of popular music, rock music provides a surge of driving energy. As a result, early rock and roll was very popular among youths.

Rock music has been associated with rebellion against social and political norms since its early inception.

Rock songs have explored a wide range of sensitive topics, including love, sensuality, rebellion against “The Establishment,” social problems, and lifestyles.

The cornerstone of rock music has always been simple unsyncopated rhythms in a 4/4 tempo with a repetitive snare drum, and a backbeat on beats two & four. However, several rock masterpieces have been produced in triple meters such as 3/4 and 12/8. Rock tempos vary greatly, although many rockers prefer 100 to 140 beats per minute.

Melodies are often influenced by earlier musical modes such as Dorian and Mixolydian, as well as major and minor modes.

Rock songs have explored a wide range of sensitive topics, including love, sensuality, rebellion against “The Establishment,” social problems, and lifestyles.

Rock music has been associated with rebellion against social and political norms since its early inception. Rock music with political movement as well as metamorphoses in social perspectives toward race, sex, and drug use. Rock Music is deemed as an expression of teenage revolt against adult capitalism control, and conformity.

Rock music has also embodied and acted as a catalyst for cultural and social movements, spawning major subcultures such as the hippie culture in the 1960s. Similarly, punk became a lifestyle in the 1970s gave rise to goth, punk, and emo communities.

The majority of rock bands are built around an electric guitar, electric bass, and a drum kit. Some bands have keyboardists, and many rock guitarists also play acoustic guitar, but the foundation of the band is usually electric (and often quite loud).

Read More: Guitar101 – Choose a Guitar Style that Inspires you

What is a Rock band? What roles do different instruments in rock bands have?

With the sound of the Distortion Guitar hitting you, it’s quite difficult to understand what all the different instruments in rock bands are being played in the background. If you are a budding musician with an affinity for rock music, it is important to understand the dynamics and characteristics of rock and roll music.

Different Rock Styles and subgenres of rock use different techniques, as an artist understanding your role are critical. The different kinds of rock music may sound a bit similar to the untrained year but each of the rock styles has an essence to it.

A rock band is a motley crew of musicians and artists who play rock music. Rock bands can use a number of instruments, but the most typical form is a four-piece band with lead guitar, rhythm guitar, bass guitar, and drums. The primary vocalist may only sing or play an instrument. The microphones and amps contribute to the band’s loudness.

Anatomy of a Rock Band

The lead guitarist is responsible for weaving his magic and coming up with melodies, catchy guitar licks, monstrous riffs, and legendary guitar solos. However, we can also see some bass-based bands stealing the show.

To make the notes ring out loud, plug the electric guitar into a guitar amplifier (also known as an amp) before sending it to the speaker.

Electric guitar sounds can be altered with the help of effect pedals or digital processers to produce effects such as reverb and distortion. Legendary guitarists are not only celebrated for the guitar skills they possessed but also for the tone they dial in to produce sound texture from another realm.

The microphone, often known as a mic or mike, is used in a rock band to amplify the vocals and instruments and make the sound extremely loud.

The core melody of the band is provided by the lead vocalist or frontman (or frontwoman). Though other members of the rock band can be often seen joining in to sing along, it is the vocalist’s voice that shines out.

The melody from his voice is strong throughout the song, but the supporting voices only appear at certain points, specifically in the bridge and chorus.

We sometimes typically see the lead vocalist playing the role of a lead guitarist or rhythm guitarist in a three-piece rock band.

Vocalists usually have a gritty baritone voice that is set to raise the roof. Rock Vocalists also use falsetto as a distinctive rock vocal technique.

The bass guitar (also known as electric bass or bass) resembles an electric guitar in appearance but has a longer neck and fewer strings.

Bass Guitar acts as a bridge between drums and guitar. The bass guitarist needs to lock his bass with the drummer to create the larger-than-life sound.

The bass guitar is the most prevalent form of bass or percussion in a rock band, and it largely assists the percussion unit in providing rhythm to the song. Although the bass guitar offers a foundation to a rock band it is often neglected as a primary component of Rock Music.

The bass is primarily played with the thumb or fingers, which pluck, slap, pop, tap, thump, or pick the strings.

The rhythm guitar, along with the drums and bass, assembles the rock music’s rhythmic sound, or beat.

As a result, the rhythm guitarist’s traditional function is to play supporting chords and, along with the bassist and drummer build the foundation of the music. You may even find some rhythm guitarists play more complex sequences in addition to chords.

A rhythm guitarist should be well-versed in understanding chord structures and barre chords. A strong fretting hand also gives an edge in playing fast rock rhythms.

What is rock music?

Rock music is a Raw, Revolutionary, Rebellious, Rhythmic, and almost always Roaring loud. Rock was most famous from the 1950s till the end of the 20th century.

What is rock and roll?

Rock and roll evolved in the 1940s in the United States. It derived its name from the phrase “rocking and rolling” like a ship due to the rhythmic flow of the music. Rock and roll music galvanizes elements of rhythm and blues (R&B), jazz, and country music.

Simple unsyncopated rhythms in a 4/4 tempo, revolutionary lyrical theme with a repetitive snare drum back beat on beats two and four, have traditionally been the cornerstone of a rock song.

What are the elements of rock music?

Rhythm, Rawness paired with a Roaring Sound, and Revolutionary Lyrics are the main elements of Rock Music.

where was rock and roll started?

Rock music started around the early 1940s in the United States of America.

Thanks for your thoughts. Subscribe to BrainyWit. Join the Cult of the Curious